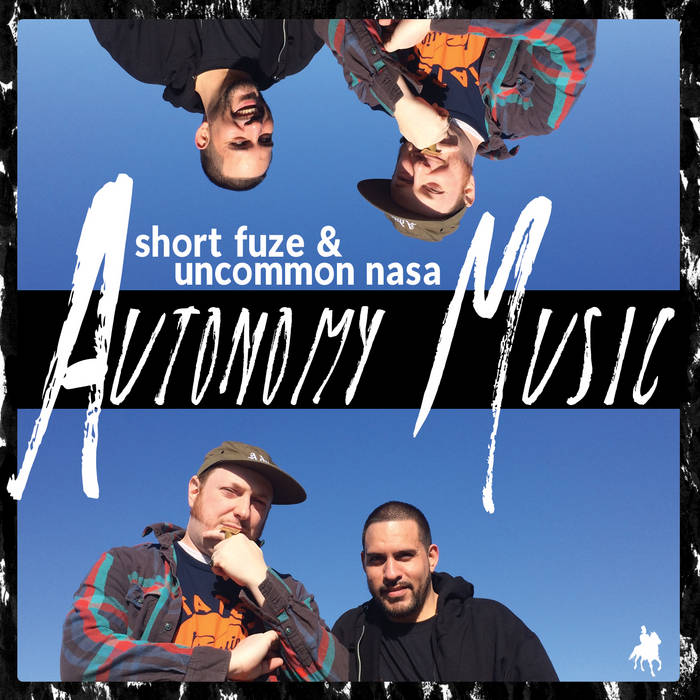 Autonomy Music was created through Short Fuze's vision. In his own words, "this record describes my escape from my own fears and doubts I've experienced over the last few years". It's a personal, yet heavy sounding record, in the tradition of what Uncommon Nasa has always produced. Short Fuze & Uncommon Nasa work so well together and have for so many years, because they are similar in their approach to song writing - they write about the unique and internal life experiences because it's there that you can end up being the most universal with your audience.

Uncommon Nasa produced all the tracks and features on 4, Curly Castro is also on the record.

The vinyl will be 2 tone color (blue and white) and look a bit like a cloud to match the cover. Autonomy meaning freedom, freedom represented by the sky. The vinyl will include a DL Card for the Digital Version. The vinyl, along with T Shirts, Patches and Pins are available at www.uncommonnasa.com/autonomymusic.

Bandcamp Daily  your guide to the world of Bandcamp

Serena Cherry debuts her black metal project, plus a Pick from the Crypt block from Svalbard